Back in 1996, just as the dot.com craze was heating up, Bill Gates of Microsoft fame wrote an essay for shareholders titled “Content is king”. In it, he rightly predicted the rising importance of content accessibility, the struggle publishers will face in transitioning from offline to online modalities, how they might monetize content, and the rise of improved payment methodologies. Looking back on it today, it’s remarkable how prophetic the essay really was, catalyzed by the notion that the technologies of the future will all revolve around ‘content’, in its myriad forms. 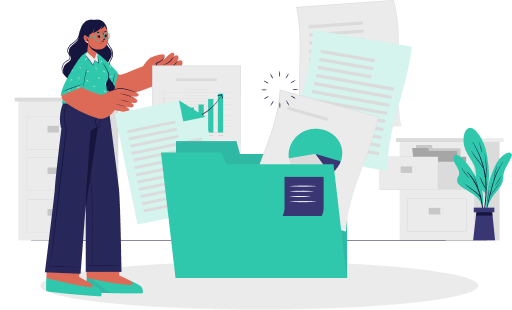 One year later, in the spring of 1997, EdGate was founded on the idea that all the educational content being published needed to be properly correlated to education standards, and the burgeoning internet may be of use in this endeavor. At that same time, a startup called BackRub was struggling to compete in the growing field of online search, dominated by upstarts like Alta Vista, Yahoo, Excite and Magellan. In an effort to gain more market share, BackRub was renamed ‘Google’ that year. Page and Brin, founders of Google, struggled mightly during those early days, and even (unsuccessfully) tried to sell the company two years later for less than $1M.

If Only We Had Gate’s Crystal Ball!

What catalyze their success in the coming years was search engine optimization, or SEO, the same premise behind EdGate's taxonomy.

The EdGate taxonomy, our Concept Index, has a structure that provides a systematic method for identifying the key concepts of a standard, whether the standard is very broad or very specific. This allows EdGate to process content and ensure alignment to all applicable standards. EdGate packages and licenses the Concept Index by subject with all associated standards. The index for the four core subjects (Language Arts, Math, Science, and Social Studies) includes 1,500 of the top concepts per subject which attains approximately 90% standards coverage. Other subjects are also available.

EdGate's correlation methodology has now received six patents. The patented process is not exclusive to K-12 curriculum and can be applied to early childhood, higher education learning outcomes, professional courses and career-related skills. The latest patent award recognizes EdGate's scrupulously-defined methodology and demonstrated uniqueness for the benefit of any user in any field looking to connect standards to outcomes.

Just as Gates had predicted, content is like the ocean, vast, deep and ever flowing. Online, companies like Google have played a critical role by creating taxonomies for searching these boundless repositories of information, retrieving the best matches to desired information instantly, in ranked order. Educational content is vast and deep as well, and very hard, if not impossible, to search by hand. Metadata helps to provide context and matching criteria, and ‘concepts’ are applied to help correlate it to the right set(s) of standards.

During the intervening 25 years, EdGate has also grown, adding six patents to our taxonomy process along with new technologies and services to better provision the education and educational publishing industries. We have staked a claim to the world’s largest and most comprehensive Standards Library with over 5 million entries, and offer a vast collection of Open Educational Resources.

What has not changed is the enduring belief that content is king, and in order to be of assistance to those in the industries we seek to serve, we must continue on our mission to provide Educational Content Optimization (ECO) and correlations related services so both learners and educators can easily discover text, video, audio and other content types easily, and efficiently.